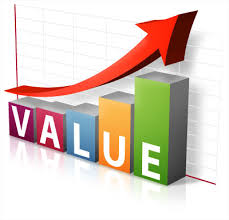 Contrary to how most people evaluate the value of a blog, there is really something more to a blog than PageRank.Â  Determining online authority does not merely depend on such ranking but would also take into consideration strength in other aspects.Â  Blogs of real value must be able to manifest healthy activity that will show that it is responding to its environment and audience in a manner characterized by growth instead of stagnancy.

Blogs which have managed to obtain high ranking need to do more to continue rising in ranks or at least maintain their ranks.Â  The danger in having high ranking is the continuing probability of decreasing rank in succeeding updates either due to overconfidence or negligence.Â  One thing about ranking is that the higher a blog goes, the more difficult it is to obtain incremental increases since competition is always more vicious on the higher range.

A blog therefore needs to go with the times in syndicating, interacting, and presenting itself to its audience.Â  It needs to sustain the interest of its readers or suffer a natural decline which will ultimately affect ranking.Â  Progressive blogs though ranked lower can actually have more potentials than higher-ranked blogs which seemed to have been trapped in a particular level in its development.

Online authority can only be as good as the consistency of efforts in further developing a blog.Â  Value transcends age although the length of time a blog has been online matters.Â  A blogâ€™s value is determined by a whole gamut of factors that can provide an over-all picture rather than a single side.Â  Some of the factors considered include the number of visitors, number of unique blog posts, general appeal, as well as the average monthly income and expense.

Recently on the Blog